This article first appeared in The Spa Business Magazine in November 2016.

While Marriott had previously trialled concepts such as Quan Spa in Asia and Saray in the Middle East, the Spa Global Leadership Team wanted consistency worldwide. “For years our [Marriott] spas have been fragmented,” says Ryan. “So working with brand and consumer insights and our customer base, we’ve defined our spa positioning.” Spa by JW, which was unveiled in August 2014, was the first global brand to launch.

Created for JW Marriott hotels, the aim was to ‘demystify and re-imagine the spa experience’ and to make wellbeing less of an indulgence and more of a necessity. In an innovative twist, it promised to address a common spa hurdle: underutilisation. “We have a huge responsibility to deliver a return on investment for our [hotel] owners,” says Ryan. “Our first point is to always put [spa] customers first, but in order for us to gain credibility in the spa space we also have to make sure we deliver spas that are successful.” 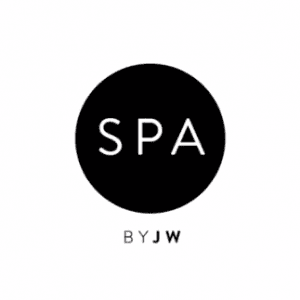 Spa by JW has many elements in place to achieve this. Accessibility is key – literally having no door at the entrance, a circular information hub rather than big reception desk and having a social, inviting lounge where guests can hang out regardless of whether they’ve booked a treatment. The menu is simple and focuses on four areas – calm, indulge, invigorate and renew – based on what a customer wants to feel. And each spa has one to three walk-in, express pods for customers to try out 15-25-minute services without having to take their clothes off.

“By demystifying spa, we’ve opened it up to the masses,” says Ryan. “I’ve been watching the trend of express treatments in malls and airports for several years and they’re always full. They’re convenient and appeal to time-strapped people and it’s very much a foray into spa.

“The great thing is seeing a customer who’s willing, able and comfortable in coming to get an express treatment. Once our therapists gets their hands on them, they automatically start to build that relationship and then it’s an easy transition to get them to come back or to try a more advanced treatment.”

As well as working with the Spa Global Leadership Team, part of Ryan’s role is to develop partnerships with suppliers, although always with Marriott taking the lead. “We are a small but mighty team,” he says, “but the reason we’ve been so successful is because we’ve developed these strategic, innovative partnerships outside of ourselves. There may be only two [spa] people [at head office] but if you look at the extension of people, my team is in the hundreds.”

It’s a tactic that worked well with Spa by JW where Marriott teamed up with consultancy Spa Strategy, product house Aromatherapy Associates and Living Earth Crafts which made a customised massage chair for its express services (see above).

Kenneth and John [Hopp] had worked with the Spa by JW concept a while before we were brought on board and it was great to work with a team that had such a strong, fresh and clear vision.

Our focus was to create and implement standards for training, menu programming, operations and design that were flexible enough for a global footprint – something which we’ve helped other companies navigate. After presenting our ideas for feedback, we moved forward to develop the brand standards and were involved for 10 months in total.

It was great fun to work with such an innovative concept and we also love how Spa by JW is set to become the new third place. It’s a social, open and inviting space that removes barriers to the spa to create a seamless integrated spa and hotel partnership.

Page load link
Our website uses cookies for technical, analytical and marketing purposes. Here is more information. If you agree to this, just keep browsing. Ok
Go to Top